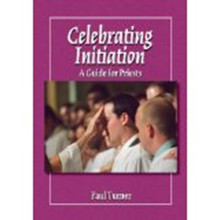 In Celebrating Initiation: A Guide for Priests author Paul Turner, a priest of the Diocese of Kansas City-St. Joseph, leads priests through twenty-six rites of initiation, including adaptations for the baptized candidates, the various infant baptismal rites, and so on. With the Lenten season upon us, we will look at what he says about the scrutiny rites for unbaptized adults and children and the penitential rite for the baptized.

Turner begins the chapter on the scrutinies by pointing out that these rites should not be omitted saying, “Reducing the number of scrutinies is a dispensation the bishop may grant, not the local priest.”

He expounds on the value of the scrutiny and the reason for the prayer of exorcism for a person who is unbaptized: “Underlying the exorcism is the assumption that baptism makes a difference in someone’s moral culpability. After you are baptized, you are a member of the body of Christ. You have the gift of God’s grace every day of your life. … Life is different for the unbaptized. They have not enjoyed the benefits of sanctifying grace as you have. Consequently, their sin is not entirely their fault. They are more subject to the temptations of this world. The baptized who sin seek forgiveness. The unbaptized who sin get an exorcism.”

Turner reminds us that specific presidential prayers for the Mass (the collect, the prayer over the offerings, and the prayer after communion) have been composed for use when a scrutiny is celebrated. These prayers can be found in the back of the Roman Missal and should be utilized.

When scrutinies are celebrated, readings from the A cycle of the Lectionary are proclaimed. These powerful readings, with their baptismal overtones, are especially suited to the elect. But when the scrutinies are celebrated during years B and C of the Lectionary cycle or at only one of the weekend masses, it can be a bit of a mess.   It means different readings, prayers, music and homilies. So, Turner offers some suggestions for priests such as: “Prepare a homily that works for all the Masses by adjusting part of the text.” Or, “If you have more than one priest or deacon in the parish, have someone prepare the homily for the scrutiny and someone else preach the other Masses.”

The ritual takes place after the homily and begins with silent prayer followed by intercessions. As Turner points out, there are many ways to prepare/write the intercessions. There are two sets offered in the RCIA. The second option (B) uses images from the gospel. Parishes may also compose their own prayers. Many parishes have realized the benefits of integrating the needs of the elect into these prayers. As Turner remarks, “These intentions will have more integrity if they reflect the personal journey of the elect.”   These intercessions may be combined with the parish’s prayer of the faithful.

Following the intercessions, the Trinitarian prayer takes place. Turner indicates the three different hand positions which accompany this prayer. During the first prayer which is addressed to God, the hands of the priest are joined. During the second part, the invocation of the Holy Spirit, the priest imposes hands on each of the elect. Here Turner advocates having others, notably the catechist and godparent impose hands as well, saying, “The particular roles of the catechist and godparent need to be expressed in some way before the entire community.”   Following the imposition of hands, the priest stretches his hands over the entire group for the prayer addressed to Christ.

After the ritual, the elect are dismissed. The prayers of the faithful take place at this point, unless they were incorporated earlier in the rite; however, for pastoral reasons, both the intercessions and the creed may be omitted. It is interesting to note that Turner cites the Roman Missal’s recommendation that the Apostles’ Creed be used during the seasons of Lent and Easter. “It is called the ‘baptismal creed’ of the early church because it evolved from the baptismal promises.”

The RCIA includes scrutiny rites for children, calling them “Penitential Rites.” Turner suggests the reason for the change in terms is because the word “scrutiny” may sound too frightening to children. Nevertheless, these rites are modeled after the scrutinies for adults and therefore those adult rites may and perhaps should also be used with children.

Those who read through the RCIA’s Penitential Rites for Children will find a number of ambiguities. The rite is intended both for children who are unbaptized and for children who are baptized as a preparation for their first experience of the Sacrament of Reconciliation. Before the Penitential Rite concludes, the unbaptized children are dismissed, while the baptized stay to go to confession. As Turner points out, “There is no precedent for this in the history of the catechumenate, and it is a little odd.”

Turner calls our attention to the fact that the penitential rites for children include an anointing with the Oil of Catechumens. He cites evidence in the history of the catechumenate that anointings accompanied exorcisms. He writes, “Once you expelled the evil spirit and summoned the Holy Spirit, you sealed the good Spirit in with oil.” Though this anointing is nowhere to be found in the scrutiny rites for adults, Turner believes that a future revision of the RCIA should include it.

Penitential Rite for the Baptized

Turner reminds us that this rite was created for use in the United States and is optional. The rite may take place on the Second Sunday of Lent or on a Lenten weekday, or, if the candidates are to receive the sacraments outside the Easter Vigil, this rite may take place anytime. Turner presumes the reason the rite was designed for the Second Sunday of Lent is because it was the only Sunday during Lent that was not devoted to another RCIA rite. But as he says, “There is no historical precedent for this penitential rite, no tradition behind linking the Gospel of the Transfiguration (proclaimed on the second Sunday of Lent), with those preparing to be received into full communion.”

Turner believes that because the scrutinies and the penitential rites are so similar, celebrating this rite “contributes to the false equalization of candidates and catechumens.” However, he acknowledges that those who celebrate it have enjoyed a rich experience.

Turner’s book is sprinkled with helpful information culled from his pastoral experience and seemingly limitless knowledge of the development of the initiation rites. In it’s second edition, it is published by World Library Publications.